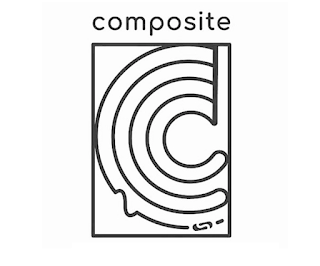 Composite Noises Series is a performance platform for sounding and listening projects curated by Dayang Yraola.

I borrowed the term "composite" from its use in Science, which refers to materials with constituent materials of different properties. This means that when two things are put together they form one entity, but each can keep its own property.

Projects under this series explore different interpretations of this ability to become part of a composition without totally abandoning its original source form, particularly for sounding (sound-making, including music) and listening (consumption as production) projects.

What's up with that?
There are already established performance platforms for sound and listening projects when I started Composite. The scene is in this non-mainstream/self-initiated/independent dynamics, with its own set of artists-audience and friends. When I did the first Composite project, my intention was to bring (which I later called) sound practice to the attention of institutions.  I was not trying to fill a void then, the scene was doing quite well on their own. I was trying to make a connection. This is coming from the same "match-making agenda" that I have been doing since Project Glocal. On the one hand, it might not hurt the scene if they get institutional support from time to time. On the other, I figured institutions could learn so much from this practice. After the first project, my agenda shifted to a totally different direction. I continued producing Composite projects with genuine desire to understand how the ecology of this practice sustains itself, and a bigger ambition to contribute to the growth of the practice.

What do we have here?
First Composite was held at the University of the Philippines in February 2015, titled Composite: Environment in Performance, co-curated with Tetsuya Umeda, featuring works of National Artist for Music Ramon Santos with performers from U.P. College of Music, veteran dancer-choreographer Myra Beltran with the U.P. Dance Company, and the children of Kayan, Mt. Province from the Cordilleras.

Second was Composite Noises in 2017, a soundscape+electronic music composition and performance held in Cubao. It was participated by Manila artists Teresa Barrozo, Erick Calilan, John Sobrepeña and Arvin Nogueras (aka Caliph8). This is also a culture-crossover project involving Hong Kong artists Dennis Wong (aka Sin:Ned), who was also my co-curator, and Kin-Wai Chau (aka KWC), Macau artist Eric Chan (aka e:chan), and Filipino-American artist Alex Abalos (aka Puzzle).

Third was Composite Circuits in 2018, focused on “instrument-maker” sound artists, which required an accompanying exhibit that was held in Makati. It was participated by Tad Ermitaño, Datu Arellano, Jett Ilagan (aka Escuri), Ian Carlo Jaucian, Mark Macatangay (aka Rambo), Richard John Tuazon, and Leslie Cao.

Fourth was Composite Noises FLUX, again co-curated by Sin:Ned, which should have had the same format as the Composite Noises in Cubao. It was supposed to have been held in Hong Kong in November 2019, but it was cancelled in view of the violence that was happening in Hong Kong.

Fifth is Composite By The Numbers, which is an on-going online exhibit launched in August 2020 until 2022. https://compositebythenumbers.com/


More details and documentation of each project are on their pages.