Fieldwork is a composite of audio recordings gathered during research and educational trips in 2019. The work mostly contain voices of resource people, of the researchers, and people who are just observing the proceedings. The voices is altered by sound of wind, walking, and motorised public vehicles (tricycle and jeep).

The composition attempts to capture the feeling of being outside, on the street, in the Philippines.

Homestretch combines several recordings done during my last few months in Hong Kong, after 5 years residence there, right before I moved back in Manila. I settled home just a few weeks shy of the first community lockdown due to Covid Pandemic.

Among the sounds capture and used in this work were: the last seminar I attended; an electrostatic sound that is captured every time a text message is received on the phone beside the recorder; the sound of cicadas; birds; and strong wind that were recorded in my university campus in Hong Kong.

While the recordings were done in Hong Kong, these composite of sounds became relevant to me and my coming home to Manila, as it was abruptly replaced by unfamiliar silence—not one without sound, but one with the feeling of lull, bewildering, but not entirely unpleasant. 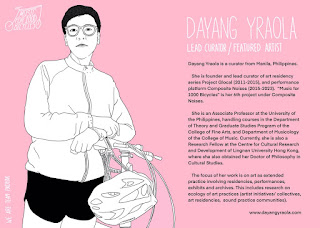 In response, I made 4 tracks of 6 and 6.5mins each that should be listened to in combination.

The track1 is my piano playing in tune with insect singing.

The track2 is my melodica playing in high register in tune with piano chords.

The track3 is the field recording, which I recorded in Kyoto. The intense pulse by an autumn ringing Japanese insect.

The track4 is from my workshop entirely playing ceramic roof tiles in Okinawa. We played roof tiles outdoor. There are some wind noises as well, but I am sure this recording fits 1000 Bicycles. 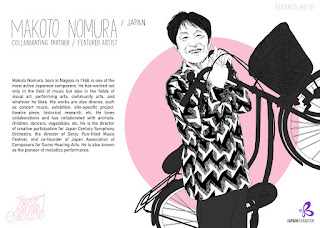 During the residency, both artists were also working on many other projects. This perhaps is the key for revising the original intention to just “exchange sounds” of Japan and Philippines. It became more evident  that our auditory experience is beyond the physical perception of the sound. It has everything to do with our experience.  This experience is not singular and isolated, but a constellation of many experiences. In other words, the feeling of connectedness became more pronounced. This is the main reason why Dayang later tapped into her recordings from when she was in Hong Kong—having realized that the absurd and abrupt quiet of Manila during the pandemic was juxtaposed to the noise of her last months of residence in Hong Kong (besides the fact that Makoto and she both lived in Hong Kong at one point); and for Makoto to respond to Dayang’s work instead of starting a composition exclusively about and from Japan.

The opportunity that Japan Foundation provided for the artists through this residency, to be able to connect, is immeasurable, especially at the time when connections felt severed. Makoto and Dayang are among the friendships that Japan Foundation seeded in their past project (Media Art Kitchen, 2012-2013), and it is a friendship that remains productive.

This residency is supported by 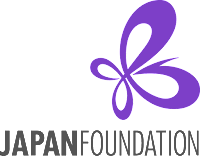 This residency does not cover staging of the compositions. Updates and our other activities are posted on  Facebook and Instagram under the account Music for 1000 Bicycles