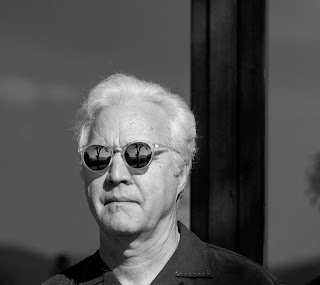 
This piece is a tapestry of different waves-- the wave that the number of Covid cases form in graphs, the wave of water when triggered by the sound waves from the gongs, the sensorial wave that the combination of voice and gong sound produce in segments of time. I appraise the use of gong, keenly compelling. Because like particular melisma of human voice, gongs are one of those visceral sounds we attribute to prayer-- an exaltation or a plea to those who are greater than our being; a way to communicate to benevolent spirits. In this work then, Chris binds us all in prayer.


Each of six players plays one gangsa, a small, bronze flat-gong from the mountainous Cordillera region, Luzon, Philippines, traditionally played in unison by ensembles where each gangsa produces a different pitch. Each player holds their gangsa over a tub of water, strikes it with a stick, then lowers it gradually into the water, producing a descending glissando.

The score for the piece consists of a six bar-graphs displaying the number of newly confirmed Covid-19 infections on every day between March 1 and June 30, 2020 in six different states of the United States. Each player plays the data of one of these states: New York, Florida, Illinois, Texas, Washington and California. All players start together by synchronizing stop-watches, and play one stroke every 10 seconds thereafter for the next 20 minutes, where the depth of immersion of the gong into the water is approximately equal to the relative height of each successive bar in their graph. Equating the highest bar in your graph with full immersion of the gong, decide before striking the gong what percentage of immersion is indicated by the height of the next bar relative to the highest one. Accuracy in interpreting this percentage of immersion to each day’s data is less important than accurately rendering the wave shown by the 7-day average line on the graph, so that growth and contraction of infections at each location will be rendered by the changing pitch range of each gong. It’s NOT expected to coincide your strokes exactly with anyone else’s — just try to regularly play one stroke every 10 seconds, and coordinate your progress through the score with your stop-watch and the minute markings on the graph.

The piece should be performed at dusk, so that the gradual change of light also accompanies the immersion waves of sound. A single voice intoning the following text, adapted from Child of All Nations, by Pramoedya Ananta Toer (pp. 13-14), may be woven thru the texture of the gongs, bringing attention to the details of slow evolution of human motion thru time:

“The sun was moving slowly, crawling like a snail, inch by inch across the heavens. Slowly, slowly–not caring whether the distance it had traversed would ever be traversed again....before humankind stands only distance. And its limit is the horizon. As the distance is crossed, the horizon moves away. There is no romance so strong that it could tame and hold them–the eternal distance and the horizon...love, like every other object and situation, has its shadow. And love’s shadow is called pain. There is nothing without its shadow except light itself. Whether light or shadow, nothing can escape being pushed along... No one can return to their starting point...